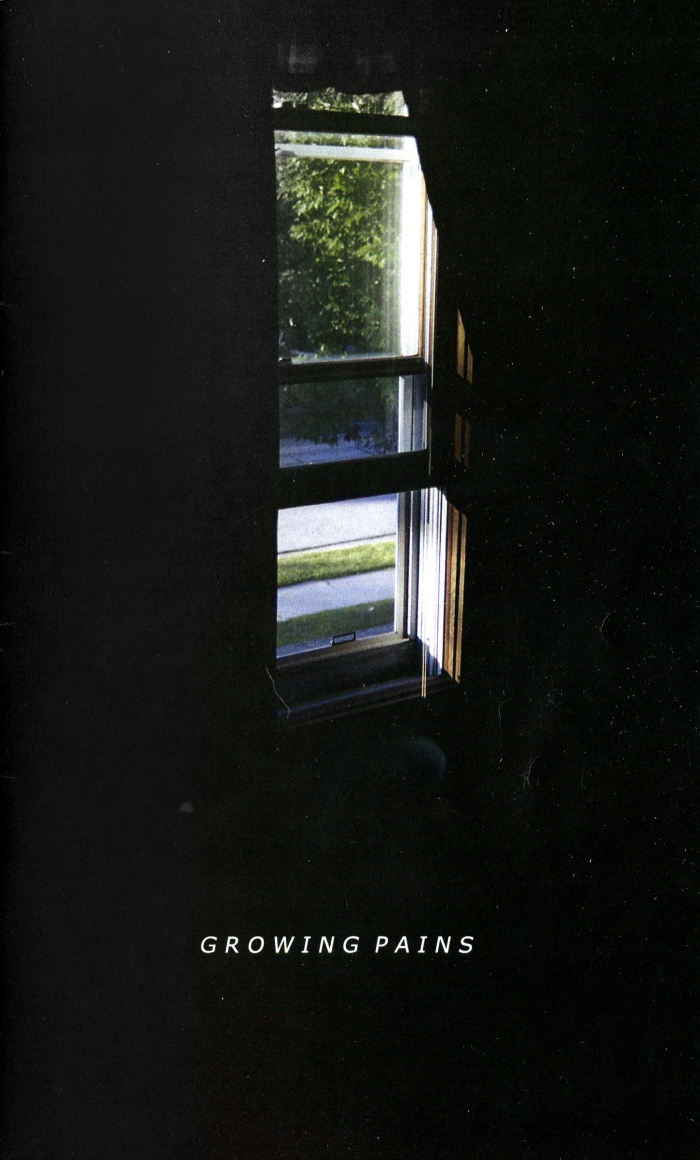 The title of this handmade 52 page zine, ‘Growing Pains’ reflects on Sam’s feelings of nostalgia through him rediscovering old images he took of his large group of friends from high over the period of four years (2011-15) on both colour and black and white 35mm.

When asking about the theme of the zine and the narrative of the images, Sam told me that this project started off as a way for him to give some old photographs of his friends a home. He further went on to say that as he edited and constructed the zine, he repeatedly took trips down memory lane that surfaced his feelings of bitter sweet angst, due to the realisation of how much had changed over the years after these images were taken. Since graduating high school, Sam described how his friend group “thinned out” as each of his peers naturally went down different paths in life towards adulthood.

The intention of the zine comments on the naivety of youth, with the zine acting as a tribute to how unaware he and others were to the inevitable disintegration of their childhood and teenage friendships as they would age into adulthood; again, unaware of each others future life choices and the unavoidable dramas they would face during their friendship as they grow older. At the zine’s core, Sam describes how a person may misinterpret the narrative of the zine to be saddening, but to him he insists that the purpose of these images were used to celebrate and admire the nostalgia associated with these bittersweet past friendships.

All in all, I feel Sam’s chosen title ‘Growing Pains’ perfectly and incredibly thoughtfully, describes the narrative of the series, with the homonym reflecting on one hand the literal meaning of the words “growing pain”, relating to the physical ache we experience in the backs of our legs and arms as we grow from children into teenage; to Sam also using the words metaphorically to compare “growing pains” as an unstoppable force of the ageing process, it is an inevitable part of life that we grow apart from old friends. Personally, I feel like there would not be a better title to describe this body of work. 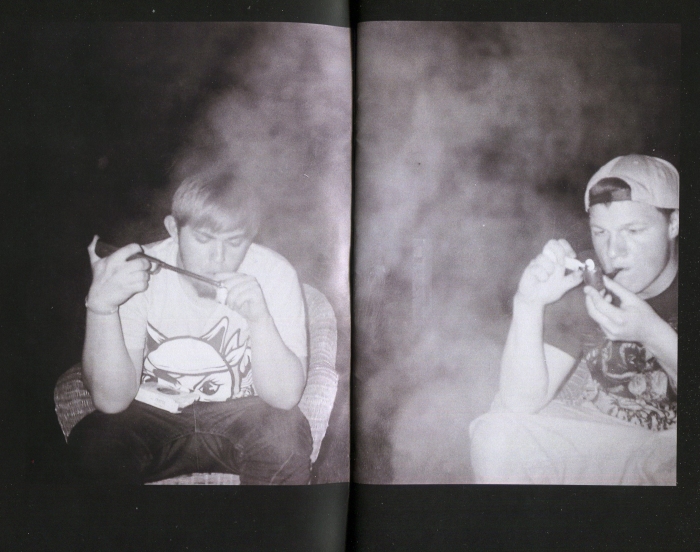 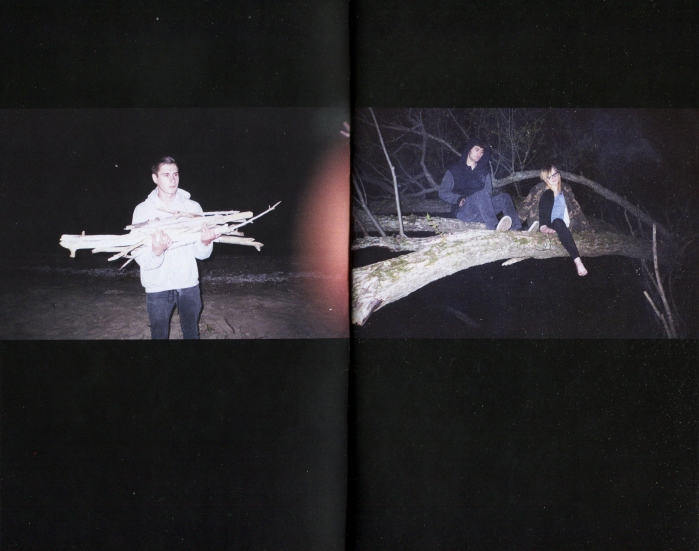 THE IMAGES, PRESENTATION AND DESIGN OF THE ZINE

The front cover image makes the viewer feel like their standing in the bedroom engulfed by darkness, looking out onto the street below on what appears to be on a warm sunny day. Again, I think this image stands out by strongly reflecting the narrative of the series, and I think this view from the bedroom window is relatable and somewhat nostalgic; as whenever I look at this image, it reminds me of how familiar the view was out of my  childhood bedroom window.

The zine starts off with the opening 2 pages featuring 2 scans of polaroid images that seem to be taken prior to the other images within the zine, therefore these images act as a starting point into the images that first started forming the narrative of the series ‘Growing Pains’. Further within the zine, the edit of imagery shows a mix between the natural and informal candid shots of friends messing around; as well as straight on, thoughtful and more formal portraits of his peers. The use of this mixed approach Sam used when photographing his friend group makes the images appear more interesting, as most of the snapshot images show a bit more humour and character amongst friends acting naturally and being unaware of the cameras presence and the straight on portraits seem to express the subjects individual personality more so to create a more engaging portrait.

The edit of the images within the zine are paired on their aesthetic looks (e.g. colour or black and white imagery) and the layout of the zine is slightly experimental in its use of using either one or possibly multiple images per page, as well as some wide shot images being used over a double page spread or one portrait image being used on a full page spread whilst the other page is blank. The style however is rather minimalistic but I feel that the zine suits a rather simple layout, carefully using imagery alongside negative space within the publication that isolates each image to give it more of the viewers attention.

Furthermore, the actual imagery benefits greatly with Sam’s choice to print all images onto black ink, which again isolates the images and helps the colour of each photograph to pop out more. The use of bold colours and lighting seems to be the most dominant aesthetic that is noticed within the images, and each photograph benefits greatly with the use of heightening the saturation and the contrast. Another aspect I like about the visual quality of the images (unsure whether this was done intentionally or not) is that whilst the colour negatives have been scanned in, not all the dust has been removed via post production. Usually dust marks within the image show a lack of care to the negs from not cleaning them properly and can give the image a really undesirable, messy look, HOWEVER, I feel like these odd dust marks show the images to be slightly imperfect and I think they hugely benefit from that. The images show memories captured by the photographer and the image of a memory is always going to be imperfect, especially in comparison to the actual memory.

Growing Pains is 8 x 5.5″, cut and stapled by the photographer himself (very DIY so of course we love it). Obviously, this adds more personal touch to the zine knowing that each one was made by hand, which makes me appreciate the care that went into making the zine overall.

I think the series also suits being printed in your standard a5 zine format (being slightly cropped width-wise), which could easily be replicated and printed by Sam personally to give to each one of his friends that were featured within the zine! Which I feel would be a really nice and sentimental thing to do. However, I do think the series would also suit being printed in a safer, more precious and sustainable, limited edition photo-book (even 1/1 for the photographer to keep for themselves). These images are obviously very important and precious to the photographer, and therefore I think it’s important to chose a format that reflects the importance of the images and can be kept as a keepsake to look back on. 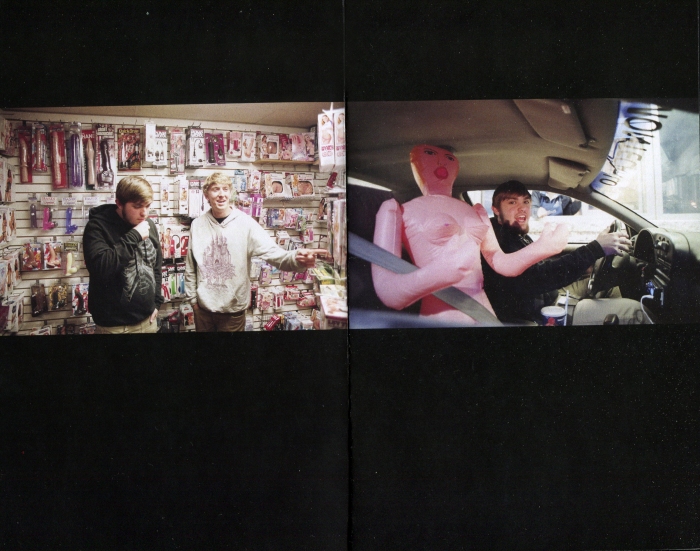 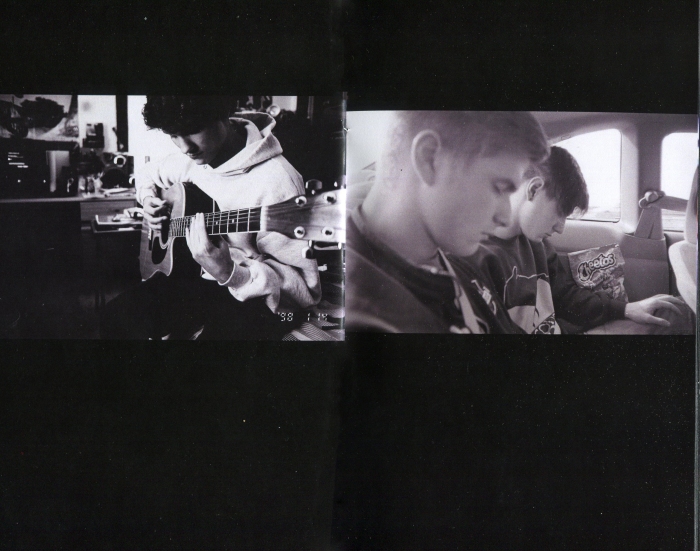 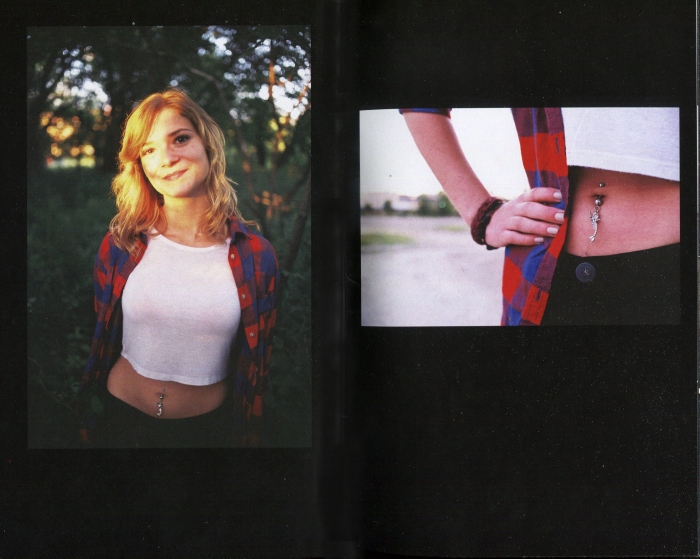 Where can i pick one up??

Currently the zine’s are only up for pre-order and you can do this by contacting the photographer here.  Pre-orders get free shipping and a few 5×7 print!

Details of a link to the online store will soon be updated.

One thought on “ZINE REVIEW: GROWING PAINS BY SAM PHILLIPS”